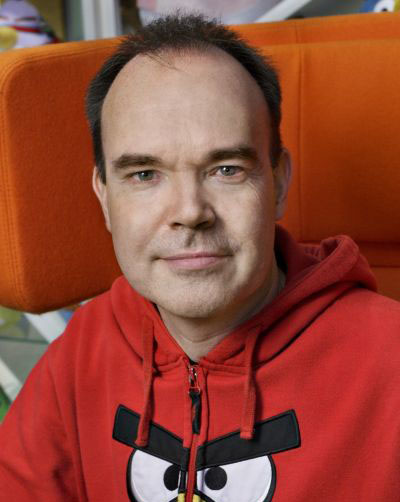 Peter Vesterbacka is the Mighty Eagle of Rovio Entertainment, the creator of the wildly successful Angry Birds franchise and over 50 other games. Peter manages the company’s marketing and business strategy, including expanding Angry Birds into a broader entertainment franchise. He is also the founder of Some Bazaar, a new approach to building and growing new businesses.

Prior to Entertainment, Peter worked for HP in several communications industry related roles. While at HP, Peter founded the HP Mobile E-Services Bazaar, a global innovation and corporate partnership program that Booz Allen Hamilton declared an industry benchmark. Peter is also co-founder and the original initiator of MobileMonday.